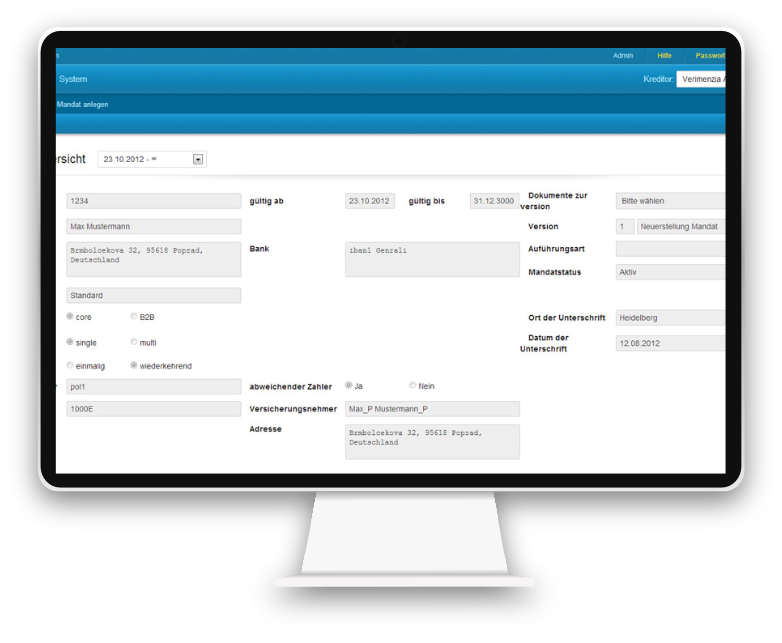 In the whole EU the SEPA change in Feb. 2014 will be divided in three different types of change:

The changes are driven by law and in Germany, where more than 80% from the daily direct debits works, is the pressure to change very high.

Vericos and their customer decided to develop an encapsulated new software system. This system will be responsible to store and administer the declared data set from a SEPA mandate.

SEPA MS in main only support the interface between the insurance applications and itself (invoke by call about WEB SERVICE). The SEPA MS will be reactive and need an event (function no. and invoke no.), with data, to start working.

The SEPA MS has to explain the interface, the expected datasets per XML and answered datasets. Every function will be declared and will get a description for integration.

The most rules and requirements for the functions are given by European or German law. Integration functionality is grounded by the business practice from German insurance companies.

The SEPA MS will know three types of invoking:

In addition there are a lot of different rules, which are administered in the master data (creditor). They have to be interpreted by the function or at the beginning of the function. The different Rules are divided as followed: